When commercial or multi-tenant buildings are constructed, they have built-in fire compartments – a series of “boxes” that keep fire and smoke from spreading. If one unit catches fire, it offers protection to the others, giving occupants enough time to call the fire department and get out safely.

“As a fire rages, smoke travels, and you can't outrun smoke,” says Barclay Myers, Firestop Group at Great Northern Insulation. “Those walls keep people alive. Ever looked at a row of townhouses and noticed a bump on the roof of each unit? That's the fire-rated wall. It has to go past the building envelope, which is why it sticks out. If one side catches fire, that wall is what slows down the spread.”

When electrical and plumbing components are installed in fire separations, however, the holes they create diminish that protective ability. That’s where firestopping systems come in: high-tech filler materials are installed to maintain the integrity of those walls. Anywhere there are pipes, cables, wiring or joints, those materials seal the gaps. And firestopping doesn't cost a lot if you do it right. But if you don't, it can cost a great deal – in retrofit expenses, fines, damage, and in the worst-case scenario, human life.

What should you look for in a firestopping provider?

Expertise. Firestopping is one of the smallest expenses in construction, but it can wind up being the biggest obstacle. If it's not done properly from the outset, it can keep you from passing occupancy. If you’re forced to redo it after a building is complete, the cost can be astronomical. You want it done right the first time.

“Having a qualified team that really knows their stuff can mean the difference between passing and failing an inspection – and between life and death,” says Barclay. “Since firestopping isn’t a recognized trade, anyone can do it, but not everyone is an expert. If you don’t have that, it can really cost you down the line.”

Materials knowledge. How well do the installers understand the materials they’re working with? Do they have the right materials on hand? When there’s such a wide selection of options for different applications, it can get complicated. “It’s pretty easy to squirt goop in the hole,” says Barclay, “But understanding why you’re using a certain material can make an important difference. GNI’s firestopping team is factory-trained and authorized by major materials manufacturers, so you get the best possible solution.”

Comprehensive service offerings. A general contractor may be able to install the materials, but working with a bigger company that specializes in firestopping can make the process a lot smoother and more turnkey – especially if they have made an investment in digital capabilities and experience working with inspectors and other trades.

GNI delivers on all aspects of fireproofing

The core firestopping team has 100+ years of experience between them, with unparalleled knowledge smaller players don’t have. The proof is in their pass rate: they have never failed an inspection. Their one-stop-shop offering includes:

“Instead of going with a generalist contractor, there’s a lot of value in going with a specialist team,” says Barclay. “Especially when you think of what the consequences of getting it wrong can be”

Learn more about GNI firestopping systems – and get it right the first time. 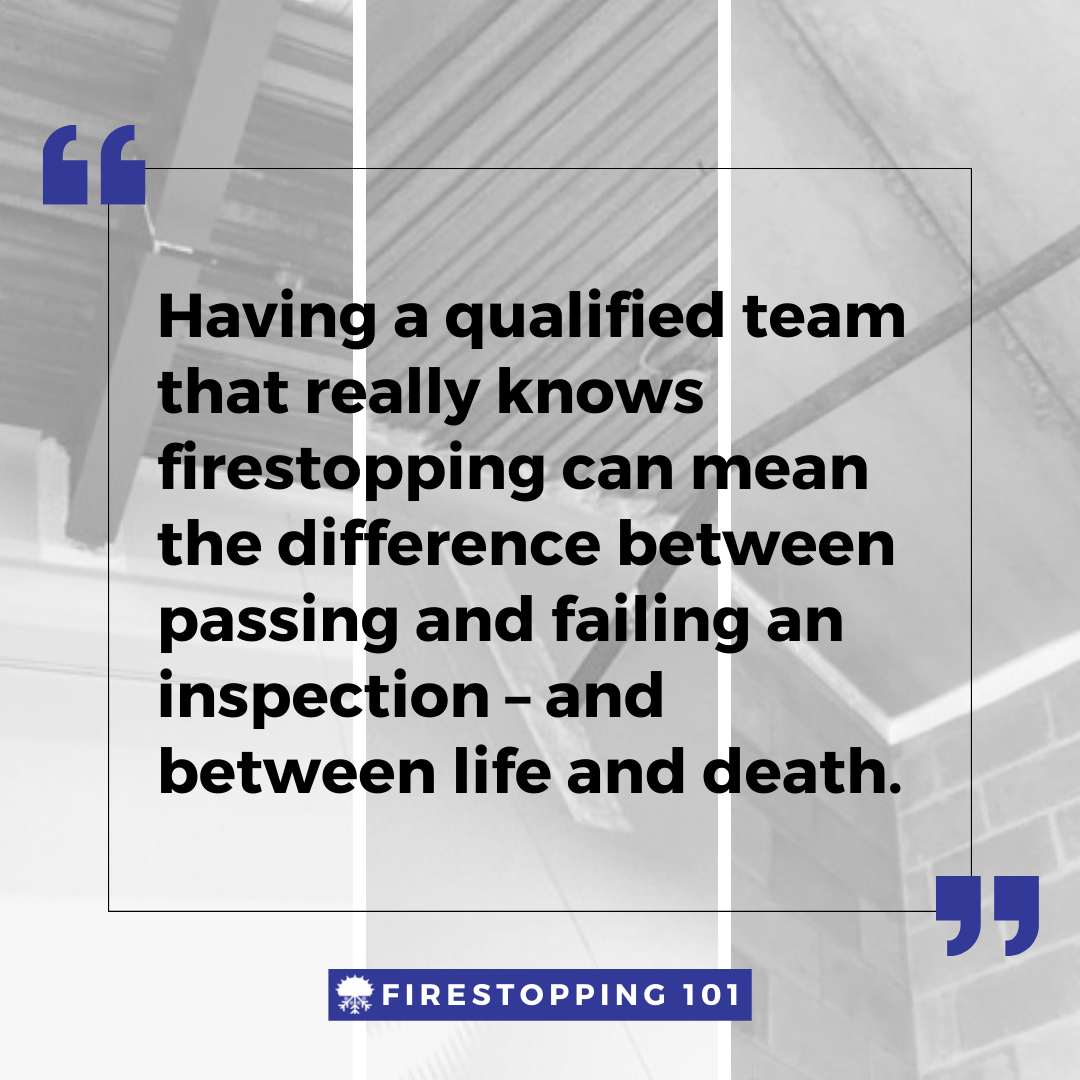